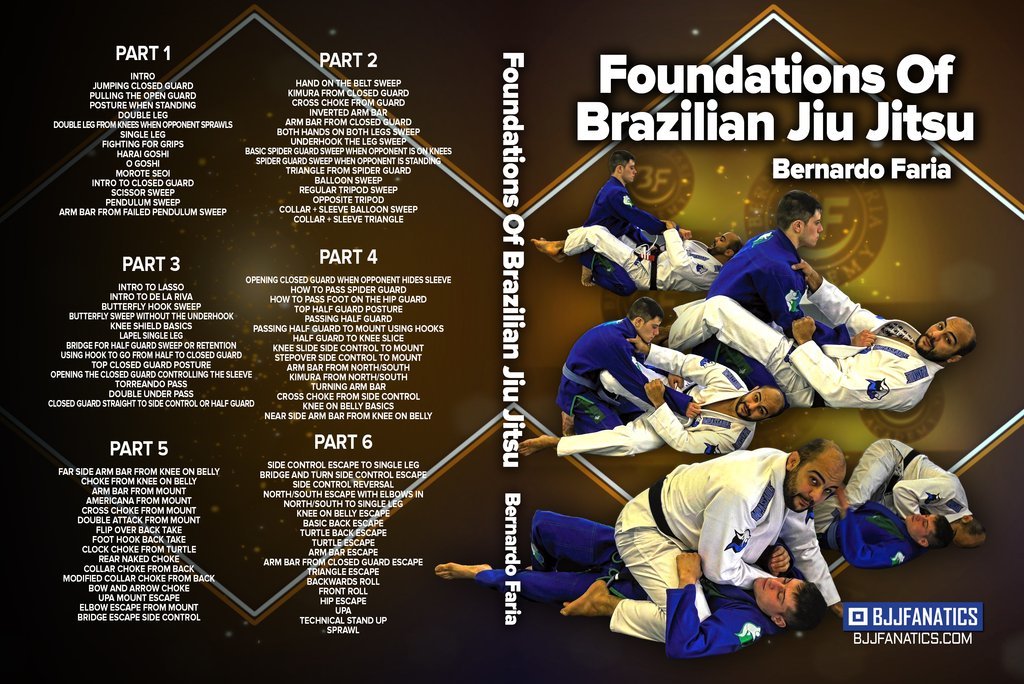 Bernardo Has Become World Renown For Teaching Older Guys Because His Moves Require Almost Zero Strength, Speed or Flexibility
At the end of the day, basics are what wins.
If you are just starting in BJJ, your understanding and mastery of the basics are what will dictate your whole journey.
If you are far down the road: blue belt or beyond, you may have missed a few steps and that could be what is causing you to struggle.
You may need to relearn few things.

For Example, did you know there is one little detail that will make the difference between hitting a scissors sweep or not?

A lot of people that learn some of these fundamental sweeps like the scissor sweep rule them is ineffective because as they progress and start rolling, they are not able to succeed with them. This is all due to the lack of subtleties in the details.

If you are trying to do a scissor sweep on your opponent, the difference could be inches. If you attempt this sweep and your partners butt is on their heels or near their heels, this means you will never be able to hit the sweep. We are talking inches.

The simple trick to finishing the scissor sweep is to pull your partner on top of you so that their base is directly over you and their lower body is light. Take their butt off their heels. If you do this, you would be surprised to see how easy it is to sweep them

These same principles of inches can be applied to numerous techniques that many people do wrong. Techniques like the arm bar, the bow & arrow choke, the hook sweep, escapes, and so much more.


If you never master the basics, don’t even bother learning anything else, it probably won’t work. Just as a house sits on its foundation, your advanced BJJ moves sit on the foundation of its basics. If the foundation isn’t strong, the house will crumble and your BJJ is the same way.

So Who Is Bernardo Faria?

Bernardo Faria probably has a lot more in common with you than he has with the athletic freaks that you picture winning the Jiu Jitsu World Championships. He is friendly to everyone, he snorts when he laughs and he is laughing almost all of the time, and he is really into using his computer; not exactly the typical picture of a “tough guy..”


When he gets to the gym he isn’t very good at doing the warmups.. He can’t really do a cartwheel and if you were watching him shrimp or roll you wouldn’t say “wow, I bet that guy is a killer!” He’s just not that fluid. But when it comes time to slap hands and start rolling or get on the mat at the World Championships – everything changes. Bernardo’s lack of elite athletic ability doesn’t really matter – because he has a much better system for sweeping than his opponents. While we will never say that his or anyone’s moves can’t be stopped, we can comfortably say that they haven’t been stopped!

We know he has an incredible understanding of the fundamentals because he has used the fundamentals to win 5 Black Belt World Championships including the adult Black Belt Open Class. Bernardo has beaten so many of Jiu Jitsu's household names including Xande Ribeiro, Leandro Lo, Rafael Lovato, Roberto Cyborg Abreu, Josh Hinger, Erberth Santos, Yuri Simoes, Luiz Panza, Braulio Estima and the list goes on and on...

What People Are Saying About Bernardo

"As a big older guy, I naturally feel like a turtle on my back. When Bernardo started showing me his half guard techniques and fundamental approach I found that I didn’t need any athletic ability to use them, just the knowledge of how the worked and since then my game is 1,000% better. I sweep any non professional and I’ve even had the chance to roll with multiple world champions and sweep them as well. As the owner of BJJ Superdeals and BJJ Fanatics I get to see the very best guys in the world all of the time, but Bernardo’s techniques are the only ones I use on bottom – they are that good; especially if you are slow and unathletic like me."

-Michael Zenga, Black Belt
"With Bernardo's accomplishments, he has proven how consistent and effective his game is. We all know he is one of the best fighters in the World, but you may not know him as an instructor. He came to my school in 2013 to teach a seminar. The seminar was only 2 two hours long, but left a legacy here. Half of my students here are doing his position... doing his half guard sweeps. It is amazing to see, that he is not just a great competitor, but he is an amazing instructor as well. I'm sure you guys will learn a lot from him as we did here."


"Every time I get in the Half-Guard with Bernardo, it was a problem; I got swept over and over. I started to study the position to counter his sweeps and every time I get a new situation, Bernardo had another one inside his sleeve. His Deep Half is so powerful. This helped him win five World titles as a black belt --- using the same technique that everybody knows he is going to do. He goes there and he does it, because he knows all the details. He understands the technique. He understands the position. HE REALLY KNOWS TECHNIQUE.