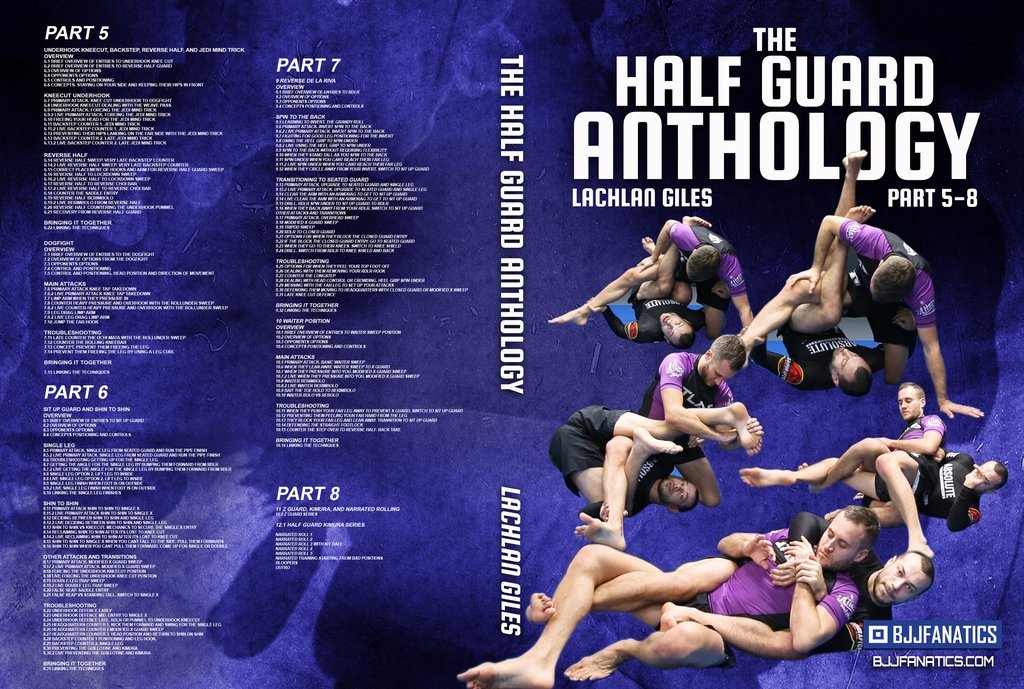 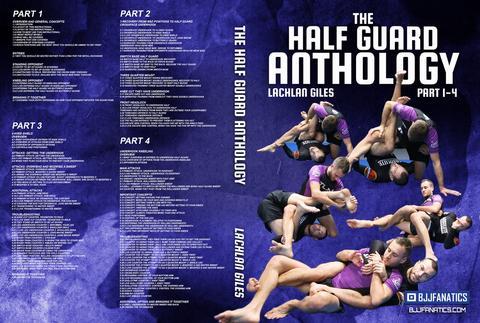 Frustrate And Dominate The Competition With This Killer Half Guard From Down Under
Learn The Secrets Behind A Championship Half Guard With World Medalist And ADCC Veteran Lachlan Giles
One Of Our Favorite Instructors Is Back With A Master Class In Half Guard, With Everything From The Most Basic Movements To World Caliber Techniques – Over 11 Hours of Content!

Come and learn one of the world’s most important guards from one of the world’s best instructors. Lachlan Giles, head coach of Australia’s Absolute MMA, is back with BJJ Fanatics to show one of his best positions, the offensive half guard that he uses to win tons of tournaments at the world black belt level.

Lachlan is an IBJJF World No Gi Championships medalist, a Pan Pacific champion (gi and no gi, weight class and absolute), and a multiple time ADCC veteran, and he does it with a slick, technical style that is a thing of beauty. It’s time to turn your half guard from a place where you just hold on and hope for better and into a dominant and offensive position where you can sweep or submit anyone, even people bigger, stronger, and more explosive than you.

It might sound a little nuts, but when he’s on bottom, Lachlan actually wants to be in half guard! Instead of relying on closed guard, or one of the more committed guards like De La Riva, he has made a competitive career out of using his half guard to isolate one side of the body and attack it systematically.

By combining this position with a few of his own innovations, he has made what some consider a bad position into a dangerous and tricky guard that makes up about half of his game plan heading into the world’s biggest tournaments. You can learn Lachlan’s entire half guard philosophy and system in this full service video series, including live footage of Lachlan hitting this on the mats! He doesn’t just say this works, he gets out there and proves it!

This is not some guard for stalling! Half guard, when you do it right, is full of chances to move and attack, and change your position. Instead of learning one facet of the half guard, like deep half, or z guard, or underhook half, combine them all to keep everyone on their toes and to help you stay ahead of the curve from the bottom position. Lachlan uses a very dynamic half guard, and he does it with technique and strategy. Now, that same technique and strategy can be yours!

This video set holds absolutely nothing back when it comes to the half guard position. Starting from the basic positioning and little battles that you will face in half guard, you can make sure your fundamentals are on point before you move on to the sweeps and submissions that you can rely on when you are sparring hard and need that ace in the hole. Go along as Lachlan helps you troubleshoot against the common attacks each position will expect, a valuable piece of information for anyone looking to really develop their bottom game against good passers.

More than just a great fighter, Lachlan is a really fantastic coach, with a genuine skill for explaining things in a way that is really accessible for anyone to understand. He is able to point out the key details that his students need, without making anything so complicated that only a few can get it. He runs one of the largest BJJ gyms in Australia, Absolute Mixed Martial Arts, and he is one of the head instructors of exciting submission ace Craig Jones.


This instructional series is an encyclopedia on the half guard position, giving you options and answers for any problems the top fighter may present. Lachlan’s half guard has always been one his best positions, and now it can be yours too. For anyone who is tired of getting smashed and ground down from that bottom position, or anyone who needs to expand their knowledge as they study how to fight off their back, or just someone looking to understand how a world class fighter approaches his game, this set is perfect for you.

Own The Half Guard Position And Never Get Smashed Again

This instructional series begins with the most basic understandings of how Lachlan gets to half guard, how he stays there, and how he makes sure that he is the one in charge of the position. These little battles, the “invisible jiu-jitsu” are usually the difference between your sweeps and submissions working or not working, and being sure you have them as perfect as you can is key. Once your fundamentals are sound, you can begin with the main attacks that any position carries, the counters to what your will see your opponents trying to do, and plenty of troubleshooting against stubborn top players. All along the way, you will be building strategy with Lachlan, working through hsi hierarchy of positions, constantly building on your knowledge base to expand the possibilities.

Half guard is pretty unique as far as guards go, because your opponent will always feel some confidence to pass and attack that they may not in other guards. Knowing this, Lachlan includes a comprehensive section on how to deal with the bad positions that many half guard players end up, including getting crossfaced, getting smashed with pressure, and holding onto a quarter mount. Instead of giving away the pass, and possibly the fight, now you can have an answer on how to work your way back into the game. Especially nifty is Lachlan’s use of the switch base, a pretty common position for half guard, that he uses in some innovative ways to get on top, or even take the back.

Once your fundamentals and recoveries are covered, it’s time to move into your attacks. Every position on this instructional set is a full deep dive into what Lachlan is looking for, and how he is bringing the fight to his opponent. You’ll also learn when each guard is right for each moment, and what is unique about every variation. Instead of trying to force one single position, gain the knowledge of how to move and accommodate any opponent, all with the confidence that you still have the skill to win.

Lachlan’s use of different half guards really makes this series a must have. Follow along as he explains his full waiter sweep progression, see how he has modified his x guard series to keep his opponent’s guessing, and learn the z guard series that has made students like Craig Jones household names in BJJ. Your half guard can become one of the most dynamic parts of your game, with Lachlan’s help!