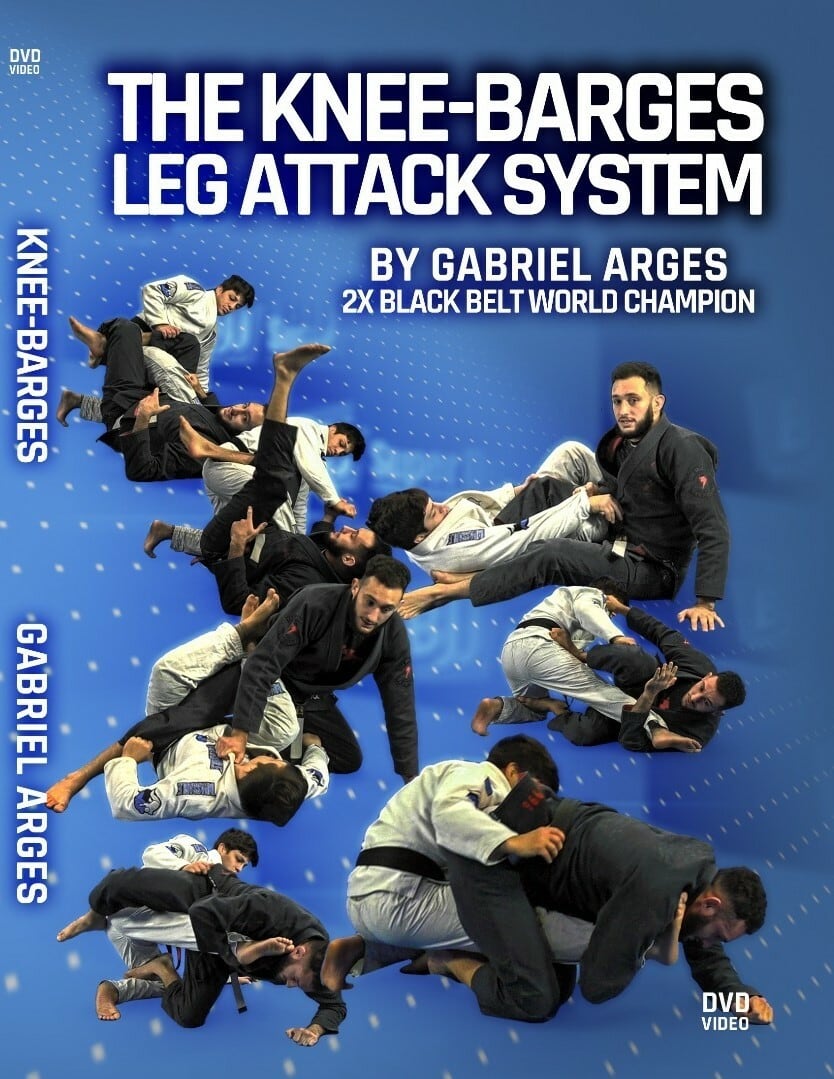 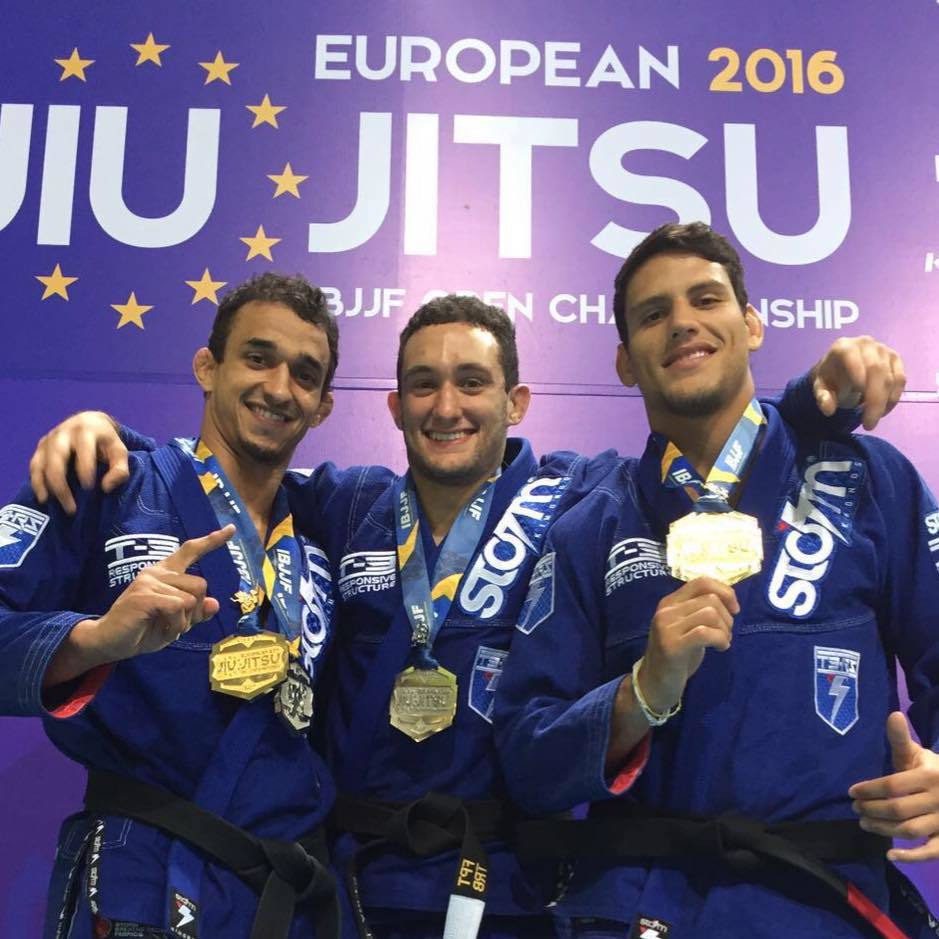 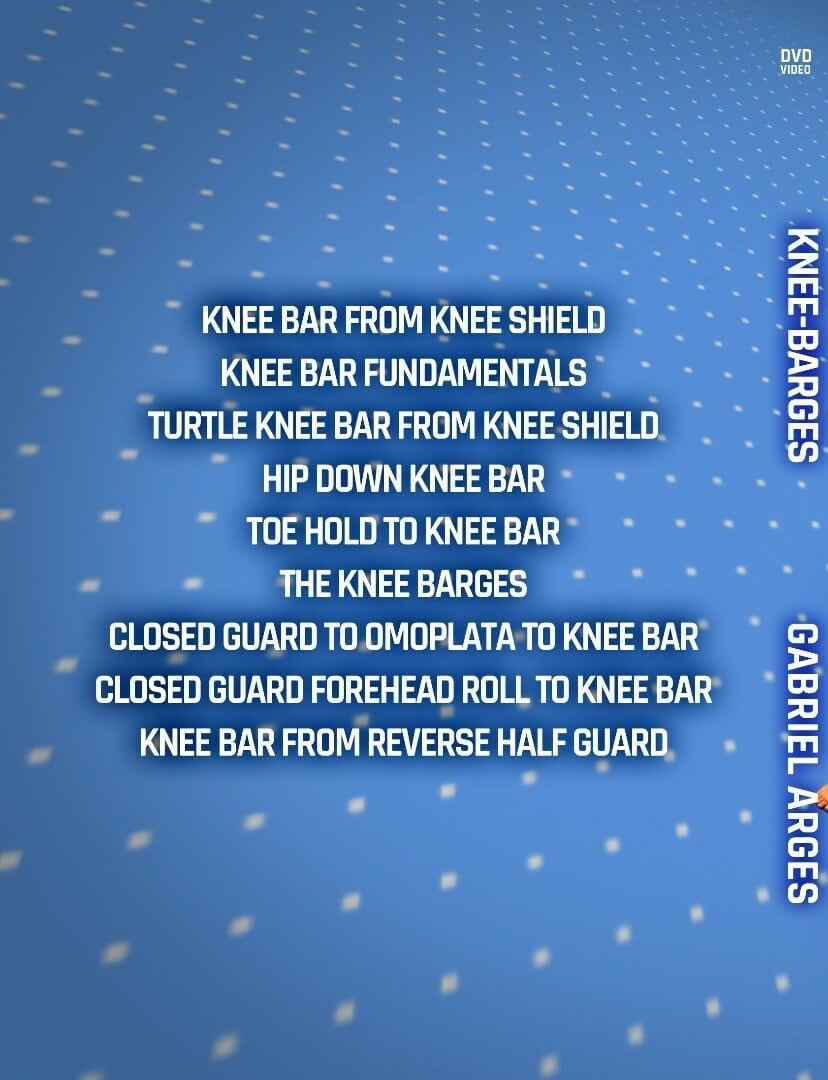 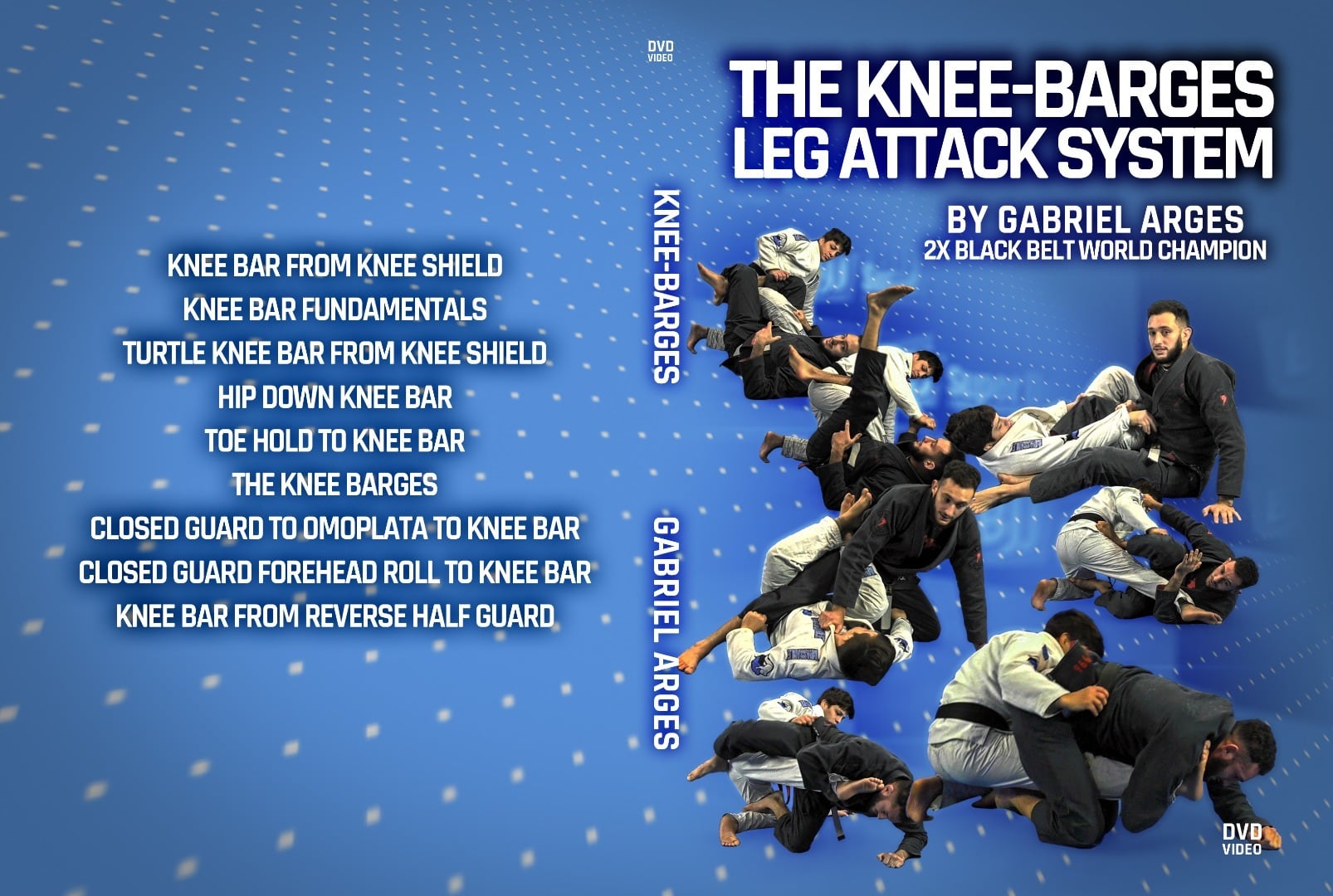 earn arguably the best Knee Bar in the world today. Gabriel has been able to utilize this lower body attack at the highest levels on numerous occasions. He even won the FINALS of the BLACK BELT adult World Championships via Knee Bar

There are a lot of Cinderella stories in Jiu Jitsu.


You know what I mean, the story of the guy who worked his way up after failing at the lower belts many times and then he finally becomes a champion.


This is not one of those stories. Gabriel Arges has been a black belt just over 2 years (under Romulo Barral and Felipe Pena).


Gabriel has put the time in. Gabriel’s a bit unique.


Once he became serious about Jiu Jitsu (as a blue belt) he connected with the right people early on. He started training with the best prospect in his city of Belo Horizonte: a man who would go on to become ADCC Open Class Champion - Felipe Pena (purple belt at the time) and this eventually lead to him training in California at another legends from his city: Romulo Barral: The rest is history.


When you see Gabriel gearing up to compete he isn’t one of those “tough guys” smacking themselves to get ready. Don’t get me wrong, he’s an athlete like every champion. But he isn’t known as being super-jacked, ridiculously-flexible or having any certain physical attributes that stand out.


Gabriel’s mind is what stands out most about him – and he knows a lot of secrets that the other guys don’t.


Gabriel is like a calm chess player settings traps while controlling the board. He dominates his opponents with a blend of innovative technique and exceptional skill.


For those of you who consider yourself more of a technical Jiu Jitsu player rather than someone who uses mostly brute strength, learning from Gabriel is probably a smart fit for you.

How Is Gabriel As A Teacher?


In terms of the material Gabriel put on this DVD, let’s just say Gabriel is as prodigious a teacher as he is a competitor. Gabriel was very meticulously prepared and thorough when he came to film at our studio. He wanted to make sure he put out his best stuff and communicated it in a way that was crystal clear so no matter what level you are you could walk away with a wealth of knowledge after watching it.


The techniques he lays out are exactly what he does, his best set ups and finishes coupled with his mind-set and analysis for each movement. Of all the DVDs we have filmed and edited here at BJJ Fanatics this DVD ranks up there with a chosen few as what we would best describe as a “Master Class.”


It was a pure pleasure to work with and learn from Gabriel. If you are not yet so familiar with Gabriel’s competitive history let’s take a closer look below so you understand exactly what type of person you are dealing with when you decide to purchase this DVD…

The Match That Cemented His Name
Gabriel’s quarter-final match against returning middleweight champion Claudio Calasans at the 2016 World Championships was supposed to be a barn burner. Claudio is a legend. An ADCC Open weight champ himself, An IBJJF Black Belt World champ and even a Brazilian National Judo Champ, and a body that is carved out of granite..


4 minutes into their match it was already over.


4 minutes in Gabriel finished him with a kneebar and closed out the middleweight division with teammate Otavio Souza. And kneebars are a weapon he is ridiculously good at (they make up for nearly 23% of his submission victories at Black Belt). The exact knee bar and set up that Gabriel hit on Claudio and others is now yours for the taking on this DVD.

And… It Wasn’t A Fluke


To say Gabriel is on a roll is an understatement. Gabriel has a lot to look forward to and when you grab this DVD you will be a step ahead of the competition. Let’s take a look at exactly what Gabriel is teaching on his DVD.
“Here Are Some Of The Secrets You’ll Learn Inside This Informative DVD”


-Principles that will turn an ordinary kneebar into one that you can finish on the guys you face in the gym every day – Gabriel has taught these to 50 year old guys and other world champions.. He will teach them without having you force it by using muscle or explosive power). This one simple finishing detail will make people you train with have to start thinking about hiding their legs every single time they roll with you.


-There’s a slick technique that will take you two seconds to learn from top reverse half guard that I guarantee 99% of kneebar specialists DO NOT know (or at least I don’t see people teaching it). This technique will allow you to finish the kneebar when your opponent has almost completely defended it.


-How to quickly snatch the kneebar on bottom half guard when your opponent is trying to hide their leg by using their weight on their knees and hips.


-Snatch a slick kneebar from the closed guard, a position where your opponent would normally feel safe. The simple hand and head adjustments in this technique in order to finish will have your opponent in checkmate without ever having a chance to impose their game.


-Bait your opponent into a 50/50 position where they think they have the edge - then BOOM, they’re STUCK and likely tapping before you even fully put the knee bar on.


-Learn a toe-hold kneebar two-step transition that you can hit literally overnight after watching this DVD. You will have total control over your opponent with this technique, that even if they see it coming they will not be able to stop it.

-And much much more…


This DVD is like a CRASH COURSE on kneebars from one of the best in the world.


This DVD is 10 moves and all of them get right to the point. It will save you hundreds of hours of painstaking study and wear and tear on your body if you tried to figure this stuff out on your own. When this DVD comes to your door you can rip it open, sit down, watch it and immediately hit these during your next training session. Or Just watch it instantly online…


In addition to understanding what works to set up and hit kneebars from many positions you actually get to see the other side of the equation. Gabriel explains these positions so succinctly and clearly that he allows you into the mind-set of the opposition and what they will do and what they can avoid. So in essence you are learning how to deal with and understand a kneebar expert as well as become one yourself.


Are you ready to grab Gabriel’s arsenal and inject this fire-power into your game?!

So What Exactly Is On This DVD?