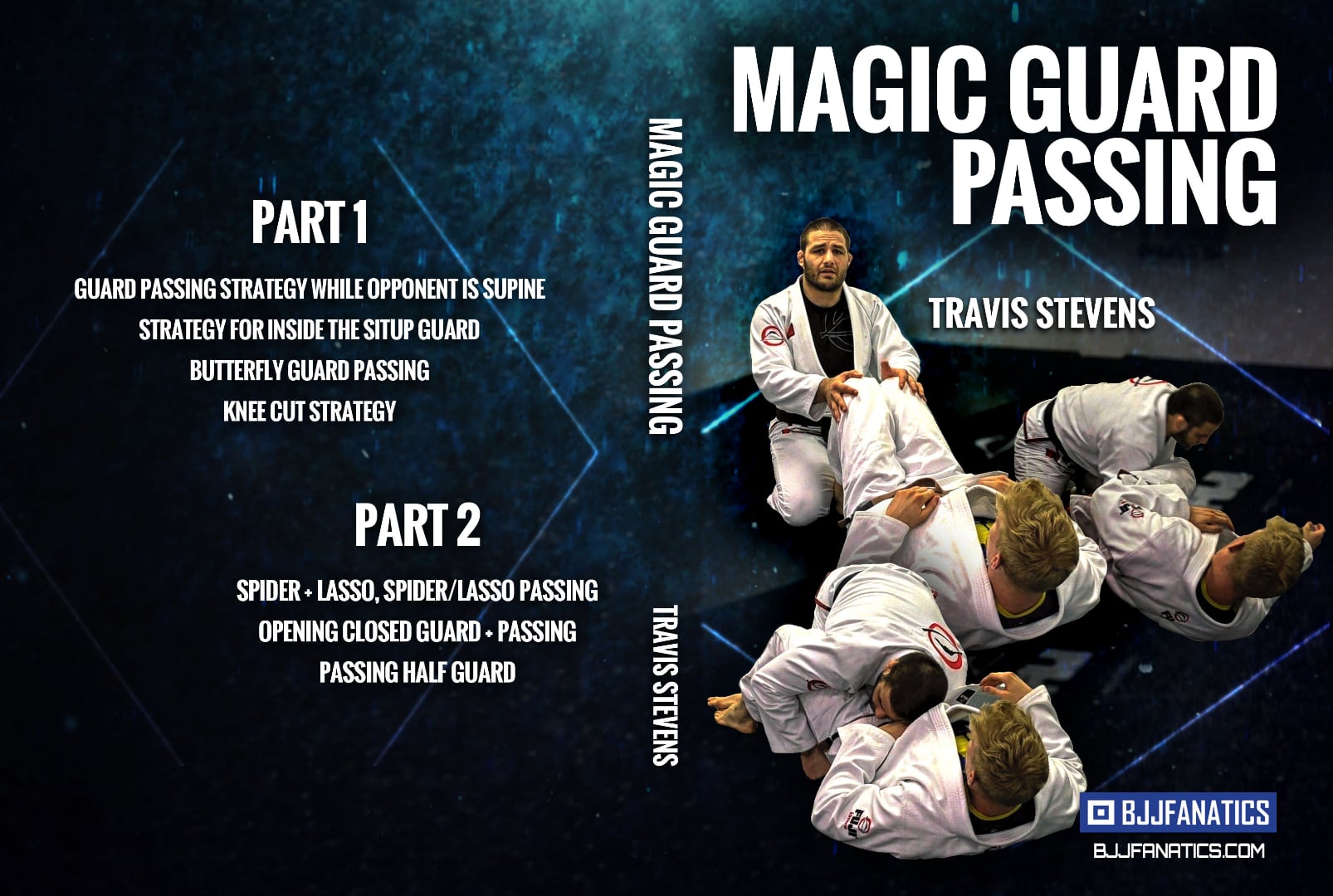 
Effortless Passing: The Art Of Passing The Guard Without Working Hard: Travis Stevens

Judo and Jiu Jitsu Phenom Travis Stevens Brings Us Into His World As He Shows Us His Favorite Passes, Reliable Positions, And Simple Strategies That He Uses To Pass Even The Best Guards

Passing Half Guard by Travis Stevens

Passing the guard is widely held as one of the toughest and most grueling aspects of Brazilian Jiu-Jitsu. So often, people’s focus is on improving and innovating around the guard, while top is a position full of traps, tricks, and problems. Now, one of the most analytical minds in grappling is here to show you how to make those flashy offensive guards disappear like magic.


Travis Stevens stands as one of the most respected and impressive grapplers on the planet. He’s a world-renowned judoka who built an international career with his intensity, determination, and strategy. He’s excelled at the highest levels, including medaling at the Olympics and Pan American Championships. What makes all this even more impressive is his continued desire to take on new challenges, and he has turned his attention to Brazilian Jiu-Jitsu, where he holds a black belt under John Danaher.


Travis’s approach to grappling is unique, his background and mindset set him apart from everyone else. While so many coaches and athletes are focused on becoming as good as possible at the existing moves, Travis’s fighter mind is breaking down what makes each move tick, and how he can use his game to its most effective. As you’ll hear him talk about throughout this set, he’s always attacking and creating advantages for himself, while staying safe, even when faced with some of the most challenging problems in modern grappling. What really makes him different, though, is how simple and fundamental his tactics are, once he’s implemented them.


We’ve all seen beautiful, elaborate grappling moves that promise success (once you’ve successfully followed all 100 steps), but can be way too tricky to pull off against better competition. While these moves are nice to know, they aren’t going to help you much in the gym, in competition, or when you are defending yourself. That’s where a coach like Travis is perfect, because he is here to show you real, applicable grappling that you can use against anyone, no matter their level. Each passing technique starts simply, and builds slowly, showing you how to continuously build leverage, set traps, and anticipate your opponent’s every reaction, all while being one step ahead.


This isn’t a basic instructional that leads you through a series of moves around a position or submission, going in depth on how to deal with every possibility. This is a peek inside the mind of a savant, as he leads you through not just how he passes, but why he is doing what he is doing, how he connects his moves, and how to tell real threats from fake. This is a set that can help take you from a beginner with a few passes to a tactical, nuanced passer, or help a higher belt break through a plateau by changing your perspective on how you have been approaching your top game.


Take Away The Mystery of The Guard


-This volume works not just as a guard passing tutorial, but also a class in guard passing psychology. So many aspects of successful passing are often overlooked. While constant drilling and sparring can help us improve slowly, a coach like Travis laying out all these fundamental concepts in real time is truly irreplaceable. You are going to learn exactly what the guard really is, how to approach it, how to read an opponent’s possible attacks, and how to find your range, all before you have ever attempted a pass! There’s no more walking into a guard unprepared after this.


-Strategize around the guard as Travis explains his most common and effective set-ups for dealing with a guard player. Each move is there to give you a real advantage, and then you’ll learn how to exploit that advantage by entering into your passing sequences. These simple moves can be done by anyone, to anyone, and are sure to change your approach to passing.


-When Travis says that “Jiu jitsu is easy!”, a lot of people will shake their head, and assume he is mistaken. After this instructional set, you’ll know exactly what he means. After he’s explained his passing philosophies and shown you how you can stay one step ahead at all times, Travis shows you how to deal with some of the most tricky, common problems he sees today. Learn how to break open the guard, dominate the spider and lasso hooks, and move to real control with ease, all while learning exactly what to watch out for, and how to think through any problems you face.

What Exactly Is On This Video Series?